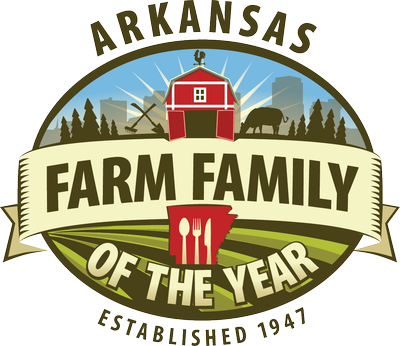 County farm families for the 72nd annual Arkansas Farm Family of the Year Program have been selected.

The county winners are:

“The Arkansas Farm Family of the Year program recognizes great farmers and ranchers each year,” said Randy Veach, president, Arkansas Farm Bureau. “These families are involved in noble and important work to provide food, fiber and shelter to the world.

"Congratulations to these great farm families. We are pleased to honor their success, stewardship and commitment to Arkansas agriculture."

The Farm Family of the Year program begins each year with the selection of top farm families in each county and culminates in December with the selection of the state Farm Family of the Year who will then go on to represent Arkansas at the Swisher Sweets/Sunbelt Expo Southeastern Farmer of the Year. Arkansas has had two overall winners, Brian and Nan Kirksey of Clark County in 2008 and Wildy Family Farms of Mississippi County in 2016. All winners are judged on their farm production, efficiency, management, family life and rural/community leadership.