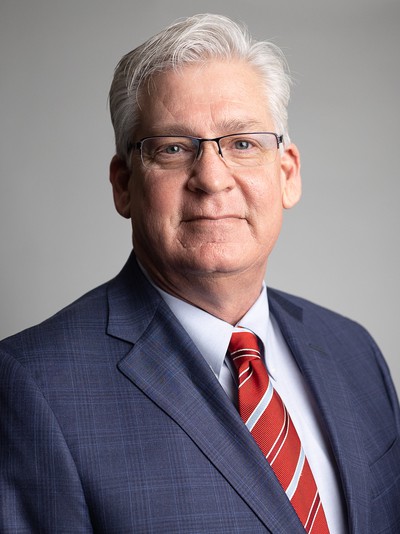 Chuck Tucker, Senior Vice President of Organization and Administration with the Arkansas Farm Bureau Federation, is retiring May 31 following a distinguished 36-year career with the organization.

Tucker, 62, began working for Arkansas Farm Bureau in August of 1985, when he was hired as assistant safety director for the farm and ranch advocacy organization.

“I will always be grateful to Mr. Kelly Hargis, former head of the Member Services department, now Organization and Member Programs, and Mr. Jerry Matthews, former Director of Human Resources, for giving me the opportunity to come to work for such a great organization,” Tucker said in reflecting on the early days of his career with ArFB.

“They encouraged me to pursue my master’s degree first and once I obtained it, Mr. Hargis and his wife drove to Jonesboro to offer me the job. I’ll never forget that,” Tucker said.

“Working for an organization like Arkansas Farm Bureau for more than three decades has meant a lot to me and my family,” Tucker said. “I’m especially proud of our efforts on behalf of the state’s farmers and ranchers and it’s been a privilege to see firsthand all of the hard work that happens at the county and local levels to keep agriculture – the state’s largest industry – growing and strong. I’ve seen the difference Farm Bureau has made in communities around the state and I’m honored to have been a part of it.”

Tucker lives in Conway with his wife Phyllis. They have three adult children, Nicholas, Katie and Chase. He is a graduate of Des Arc High School and Arkansas State University. He is a life member of the ASU Alumni Association and received the school’s Distinguished Alumni Award in 2001. Tucker received the National FFA Honorary Farmer Degree in 2007.