Arkansas ranks first among rice-producing states, accounting for more than 40 percent of U.S. rice production -- primarily long and medium grain varieties. Rice production is concentrated in the eastern half of the state, stretching from the Louisiana to the Missouri borders. Arkansas rice is known for its versatility, and can be used in a wide variety of cuisines. It is enjoyed in the U.S. and throughout the world.

In the 1800s, growers in the prairie lands of Arkansas were in need of a dependable, profitable crop, and rice became a contender almost by accident, when W. H. Fuller ventured southwest to Louisiana in August of 1896 on a hunting trip. It was there he first saw rice growing, which ultimately led to the development of a leading agricultural industry for the state. Fuller, along with his brother-in-law John Morris and John’s wife Emma, are generally credited with founding the Arkansas rice industry. By 1910, rice production, research and milling were established in the state. Today the Museum of the Arkansas Grand Prairie in Stuttgart showcases the history of this major center for U.S. rice production. 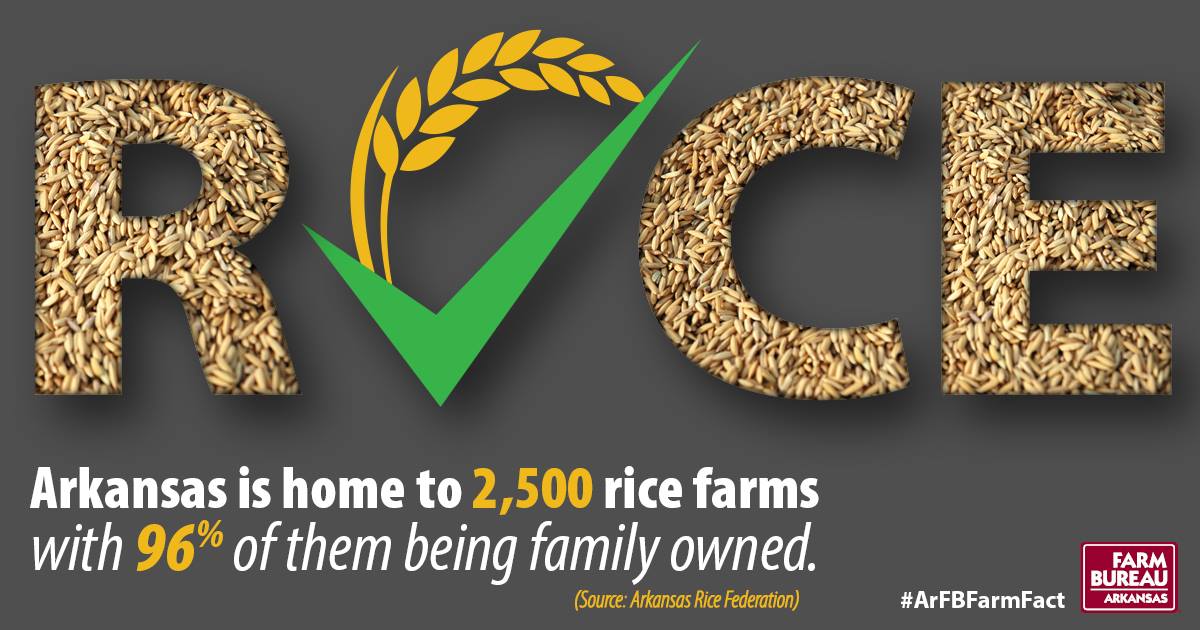 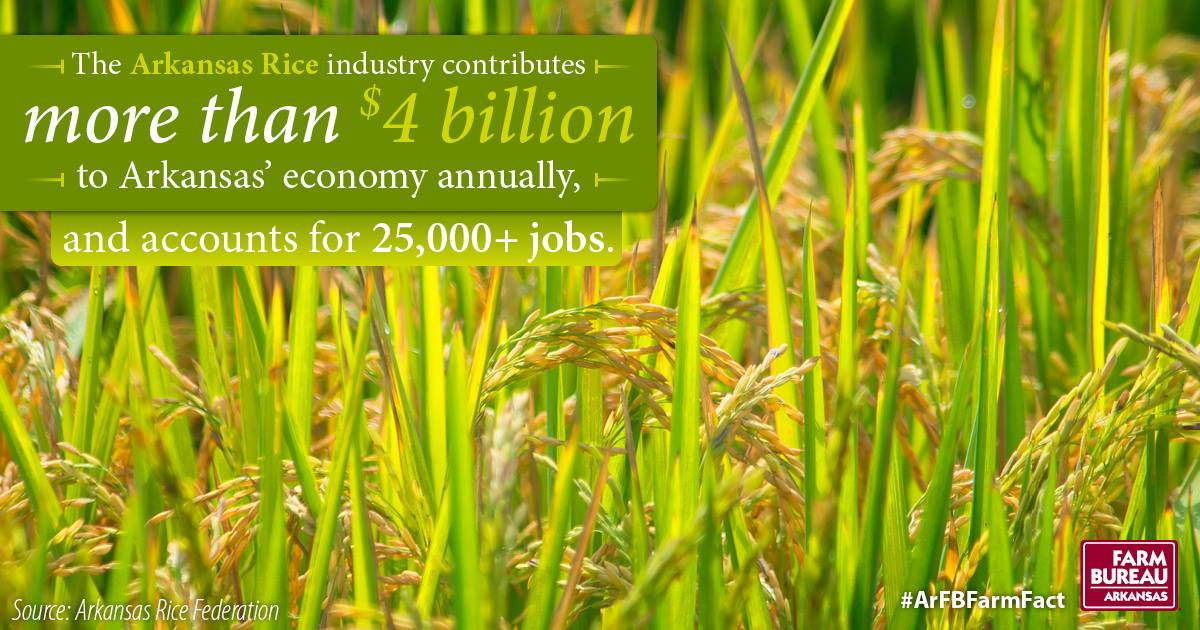 For more information on Arkansas rice, visit the Arkansas Rice Research and Promotion Board website.

Arkansas produces just under 50% of the nation’s rice each year, and this contest is designed to introduce budding chefs to rice as a crop and as a versatile diet staple. Students aged 9-18 or in the 4th through 12th grades as of January 1, 2022, and living in Arkansas may enter. Home-schooled students are welcome to enter. Contestants will compete in one of two categories: Main Dish and Party Ideas. 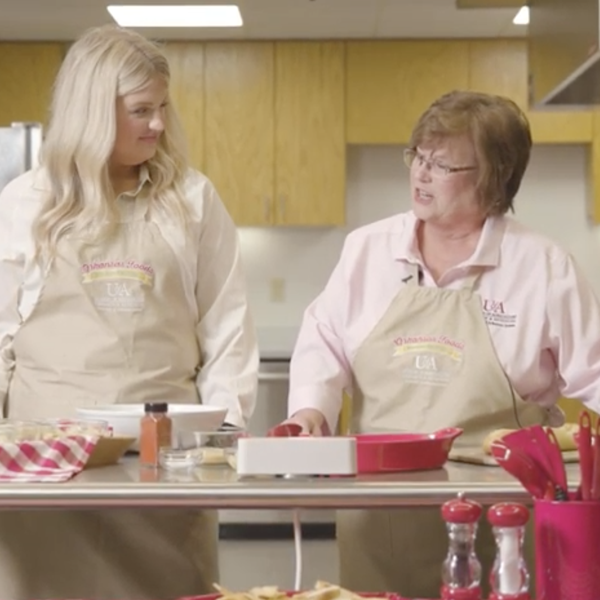 Tailgating season is in full swing, which means it's also dip season. Arkansas Cooperative Extension Service Agents Leigh Ann Bullington and Stephanie Prince have an easy-to-make and tasty Artichoke Rice Dip that utilizes rice, one of Arkansas's biggest exports. Watch to find out how to make this delicious pre-game treat.
Read More 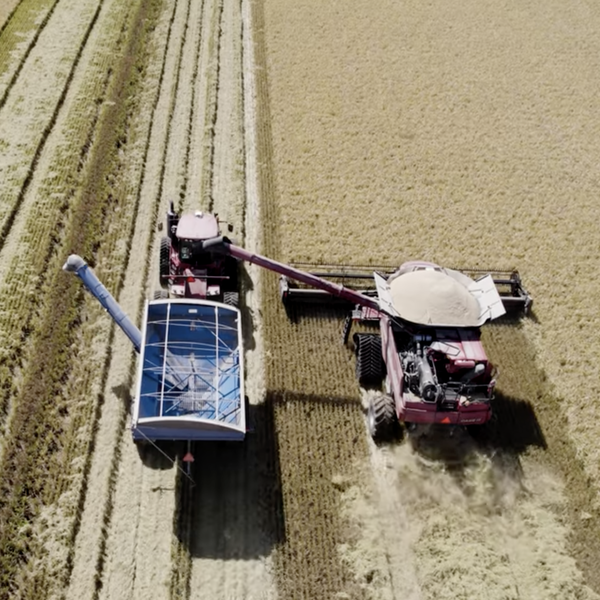 A wet spring has led to a later harvest, but combines are now cranking in many Arkansas rice fields. Craighead County farmer Joe Christian says that yields are good at "around 190-200 ... Better than expected." Watch more in this update from his farm in Cash.
Read More 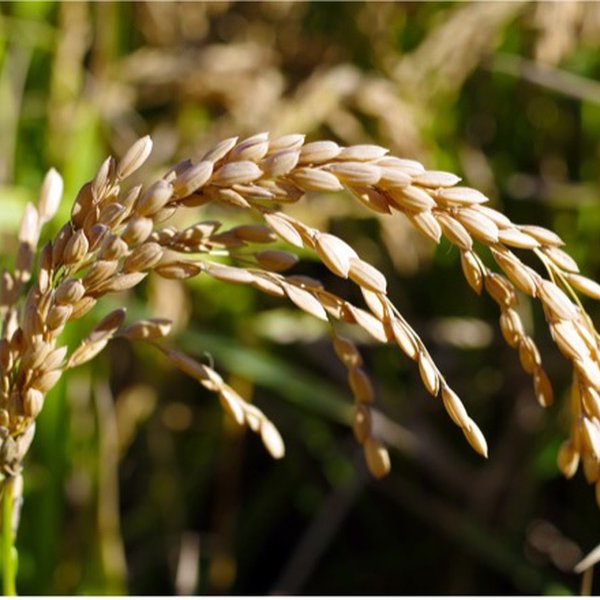 The Natural State is known as the birthplace of the largest food retailer in the world and the home of the Arkansas Razorbacks, but it is also known for the diverse landscapes and climates found in each region of the state. It’s this diversity, in fact, that allows Arkansas to produce a wide range of crops and is a major reason why agriculture is the state’s top industry.
Read More 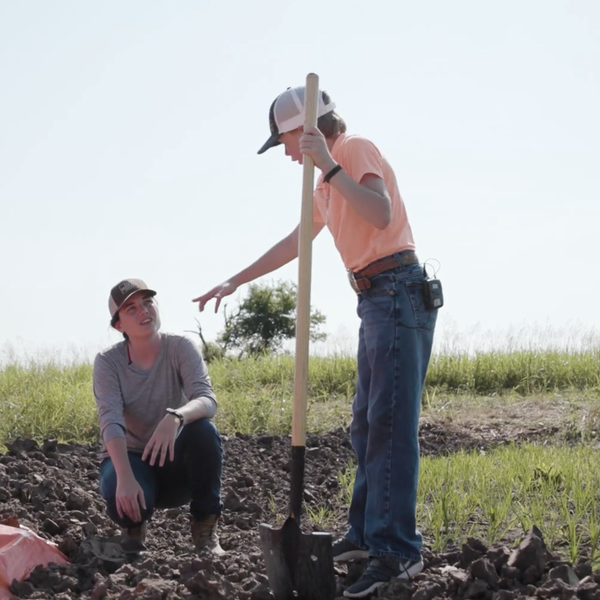 On family farms, there's something for everyone to do, including the kids. Joshua Roberts is one of those farm kids, and whether it's holding down rice gates as they’re installed, or "clowning" around, he knows his part well. We met up with Joshua so he could show us how his family installs rice gates.
Read More